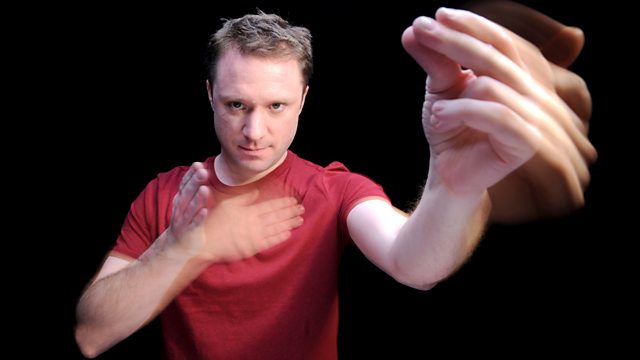 From timpani to timbales, crotales to cow bells, Colin Currie conjures up a spectacular range of music for percussion.

Colin Currie presents a celebration of a musical family that spans the sonic spectrum in a unique and almost limitless fashion: percussion.

Colin has been called “one of the greatest musicians in the world today” by none other than Steve Reich, who knows a thing or two about percussion, and in this, the first of three episodes, Colin introduces a taste of the huge array of colours and sounds that the percussion family can conjure up.

Over the past century the percussion section has been freed from its previous role as rhythmic accompaniment and occasional sound effect, and has taken centre stage in an explosion of music written for solo percussion, percussion ensembles, chamber groups and orchestras.

In this episode, music by Messiaen, Britten and Stravinsky sits alongside tracks by Bjork, John Williams and Manu Delago. And instruments dating back hundreds of years mix with new instruments from the 21st century creating beautiful, surprising and unexpected aural delights.

See all episodes from Percussion Century