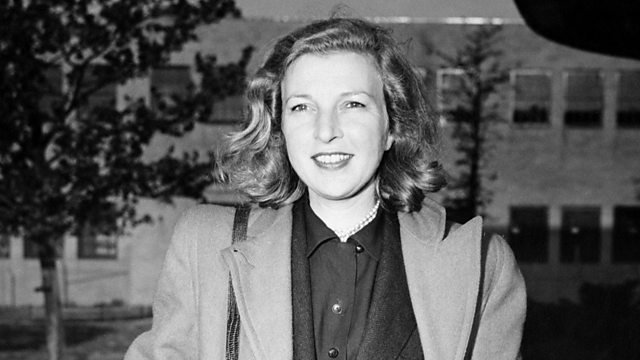 Contemporary writers reflect on modern reporting through the words of Martha Gellhorn, one of the most prescient and insightful journalists of the 20th century.

In 'Afterwords' we explore the ideas of great writers in their own words - as archive recordings in which they articulate their approach are interwoven with the thoughts of contemporary writers, academics and activists.

In this episode we focus on the words of Martha Gellhorn, one of the most prescient and insightful journalists of the 20th century. During her sixty-year career, from the 1930s onwards, Gellhorn's work often focused on the 'sufferers of history' - those who find themselves caught up in the decisions of leaders from which they neither have the influence nor means to extricate themselves. She reported on almost every major world conflict that occurred within that period - from the Spanish Civil War through to conflicts in Nicaragua and El Salvador in the 1980s. Through her ideas, contemporary writers and journalists reflect on modern reporting - on capturing truth amidst the chaos of conflict, on the responsibility of the reporter, on memory, objectivity and the failures of political imagination.

Featuring contributions from Patrick Cockburn, Rosie Boycott, John Pilger, Lindsey Hilsum, Janine di Giovanni and Jon Snow, this programme explores how her approach might inform the way we document the world we live in now.