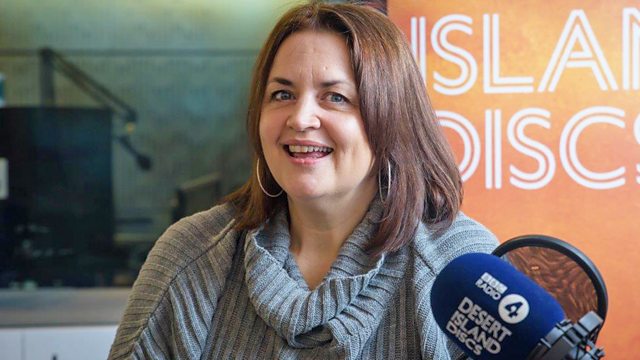 Ruth Jones, actor and writer, shares the eight tracks, a book and a luxury she would want to take with her if she were castaway on a desert island.

Ruth Jones is an actor and writer. She co-created and starred in the award-winning TV comedy series Gavin and Stacey, and also wrote and took the title role in the comedy drama Stella, which ran for six series.

She grew up in Porthcawl, in South Wales, where the local secondary school nurtured her love of performance. She took to the stage in numerous school musicals, along with fellow pupil Rob Brydon. After studying drama at Warwick University, she struggled at first to find work as an actor. She briefly considered becoming a solicitor, before she won the role of a ninja turtle in Dick Whittington at the Porthcawl Pavilion and gained an Equity card.

Her TV work ranges from costume dramas to comedies including Little Britain and Nighty Night. She developed the idea for Gavin and Stacey with James Corden when they were both filming the ITV series Fat Friends. The story of a boy from Billericay who falls for a girl from Barry, Gavin and Stacey began on BBC Three, with Ruth’s role as straight-talking, leather-wearing Nessa winning people’s hearts. She and James wrote every episode, and the finale, on BBC One, reached more than 10 million viewers.

Last year Ruth published her first novel, Never Greener, which topped the bestseller lists, and she returned to the stage in the musical play The Nightingales.