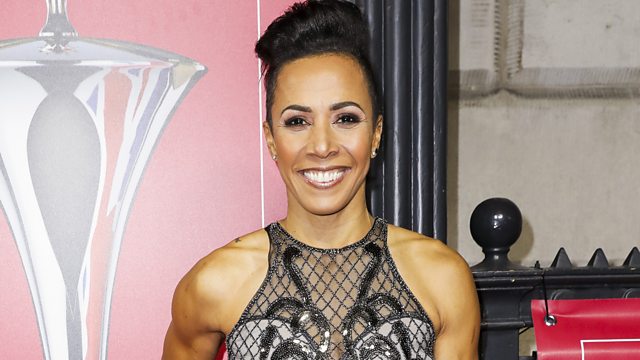 Aasmah Mir and Konnie Huq are joined by Dame Kelly Holmes, double gold winner at the Athens Olympics in 2004. She talks about her life in the army, pursuing her dream of becoming an Olympian and adjusting to life after retiring from athletics.

Jacquie Davis is one of the world's top female bodyguards. During her career she has protected royals and celebrities, rescued hostages and carried out undercover surveillance. She talks about the qualities required for the job and the power of being a chameleon.

The Reverend Ravi Holy was ordained in 2005 after turning his back on his previous life as a dissolute youth. He is also a stand-up comedian and explains how the comedy gets them laughing in the aisles.

Jasper Winn is writer in residence for the Canal and River Trust who advocates slow travel - taking time to appreciate the world around us as an antidote to our busy, high tech lives.

Marion Grave, owner of the Laurel and Hardy Museum in Ulverston, talks about the magic of their partnership and her favourite objects among the exhibits.

With Inheritance Tracks from musician Rick Wakeman. He chooses Woodman, Spare That Tree by Phil Harris and Prokofiev's Peter and the Wolf.