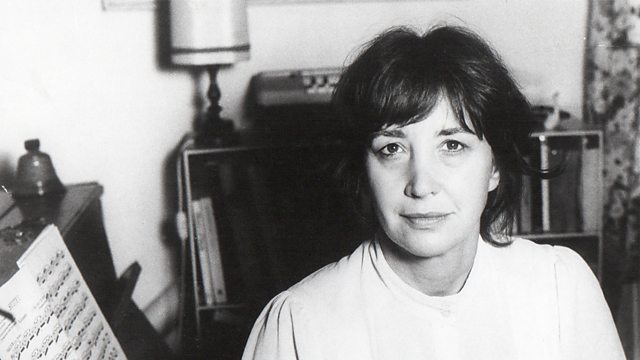 Born on the 10th October 1938 in Wisconsin, but resident in Germany since 1969, Gloria Coates is a leading figure in American contemporary music and has been instrumental in bringing American concert music to Europe. At the age of nine she began experimenting with tone clusters and glissandos, techniques that have characterised her music ever since. Sometimes described as a post-minimalist, her oeuvre includes chamber works, song, electronic musique concrete and a total of sixteen symphonies (the highest number of symphonies ever written by a woman composer) leading her to be described as "the greatest woman symphonist".

In this concert Ilan Volkov and the BBC Scottish Symphony Orchestra perform the UK premiere of Gloria Coates' first symphony 'Music on Open Strings', a work that caused a sensation when premiered at the Warsaw Autumn Festival in 1978, and has each section of the orchestra tuned to an unconventional set of pitches. The UK premiere of 'Symphony No.7', dedicated to those who brought down the Berlin wall 'in PEACE', and the World Premiere of 'Symphony No.11'.