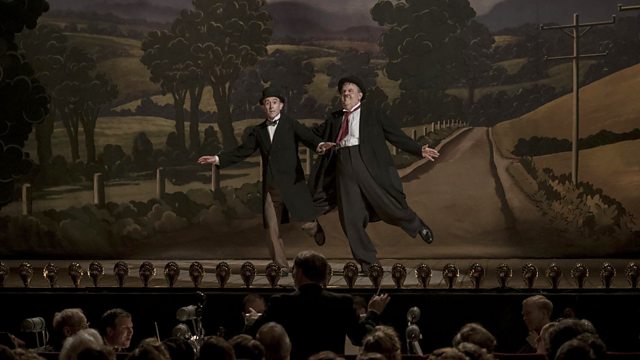 The immortal comedy duo of Laurel and Hardy have been given a second life on screen by John C. Riley and Steve Coogan in the new film Stan & Ollie. The actors have been nominated for their roles at the Golden Globes and BAFTAs respectively, and they discuss the film that tells the story of Laurel and Hardy’s final UK tour in the twilight of their careers.

A man wakes up in a forest with no memory. He is told that today a murder will be committed. He will relive the same day eight times, but each morning he’ll wake up in a different body. This lies at the heart of The Seven Deaths of Evelyn Hardcastle which has just won the Costa First Novel Award. Its author Stuart Turton discusses his time-travelling, body-hopping novel.

Tomorrow, the partial shutdown of the US government becomes the longest in the country's history, leaving some 800,000 federal employees unpaid. From New York, David D'Arcy of the Art Newspaper explains how the shutdown is impacting on the US's arts and cultural institutions.

Stan and Ollie is in UK cinemas from 11 January 2019, certificate PG.

The Seven Deaths of Evelyn Hardcastle by Stuart Turton is available now in paperback.