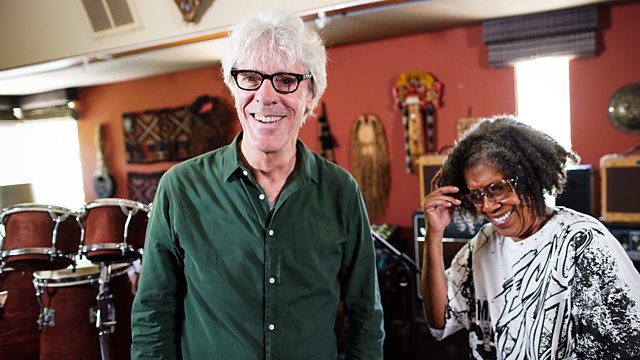 Stewart Copeland explores why drums are essential to modern popular music and how they remain, across the world, the consistent force behind musical evolution.

Stewart Copeland explores the drums as the founding instrument of popular modern music. Beats that travelled from Africa via New Orleans and across the world are the consistent force behind musical evolution.

Stewart plays with some of the most inspiring drummers of the last 50 years, including John Densmore of The Doors, Chad Smith of The Red Hot Chilli Peppers, Prince’s musical director Sheila E, New Order’s Stephen Morris and Foo Fighters’ Taylor Hawkins. He goes dancing in New Orleans, builds his own bass drum pedal and checks out hot new bands on Santa Monica beach.

See all episodes from Guitar, Drum and Bass