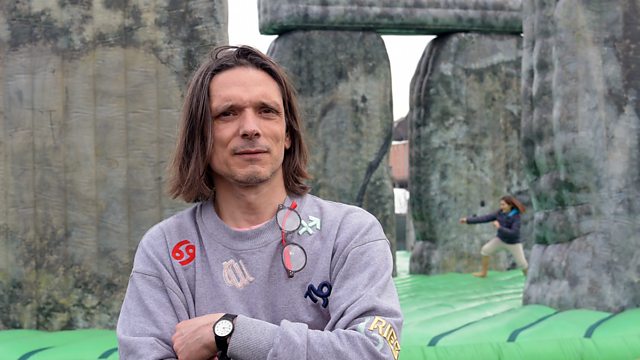 The Turner Prize-winning artist Jeremy Deller is perhaps best known for We’re Here Because We’re Here, a moving and powerful memorial to the Battle of the Somme, and The Battle of Orgreave – a re-enactment of the confrontation between police and pickets at the height of the miners’ strike.

Deller doesn’t paint, draw or sculpt and his work encompasses film, photography and installations. At school his creative endeavours were not always appreciated, and at 13 he was asked to leave the art class.

His lifelong love of history was ignited by childhood trips to museums with his father, and is evident in the subjects he addresses, from Stonehenge, which he re-created as a giant bouncy castle, to William Morris. He managed to meet Andy Warhol in London in 1986 and went to spend two formative weeks at Warhol’s New York City studio, the Factory. The experience crystallised in Deller the belief that art can come in many forms and that an artist can create their own world of ideas.

His memorial to commemorate the 200th anniversary of the Peterloo Massacre will be unveiled in August 2019.

BOOK CHOICE: An A to Z London Street Atlas
LUXURY: A stretch of road over Hay Bluff between Hay-on-Wye and Abergavenny.
CASTAWAY'S FAVOURITE: Out of the Blue by Roxy Music.