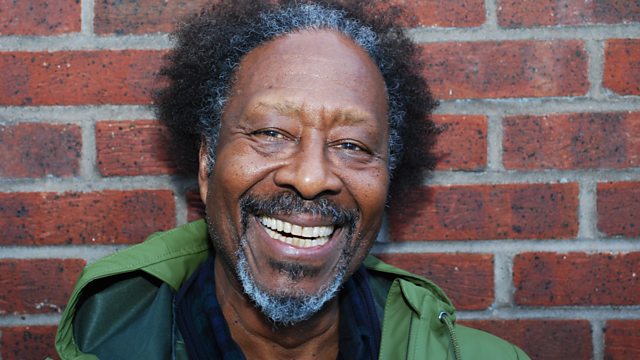 Michael Berkeley talks to actor Clarke Peters, best known for his roles in The Wire and Treme, about his passion for breaking down barriers between musical traditions.

Michael Berkeley talks to the actor Clarke Peters about his passion for breaking down barriers between musical traditions.

Best known for his television roles as Detective Lester Freeman in The Wire and Albert Lambreaux in Treme, Clarke has also appeared in films such as Notting Hill, Mona Lisa and Three Billboards Outside Ebbing, Missouri.

And he has a rich career in music too – from busking in France in his youth to working as a backing singer for David Essex and for Joan Armatrading – if you listen carefully you can hear him on her iconic song Love and Affection. And he’s appeared in Chicago, Chess, and Porgy and Bess to name but a few musicals. In 1990 he created the award winning revue Five Guys Named Moe, based on the music of Louis Jordan.

Clarke’s choices of music reflect the trans-Atlantic nature of his life: a piece written in France by the New Orleans composer Gottschalk, which he heard when filming Treme; music by Ravel and by Debussy; and Gershwin’s Rhapsody in Blue, which always takes him straight back to his birthplace, New York. And his final piece – Nat King Cole playing Rachmaninoff - illustrates perfectly his desire to open people’s ears to the cultural breadth of classical music.

HRH The Prince of Wales