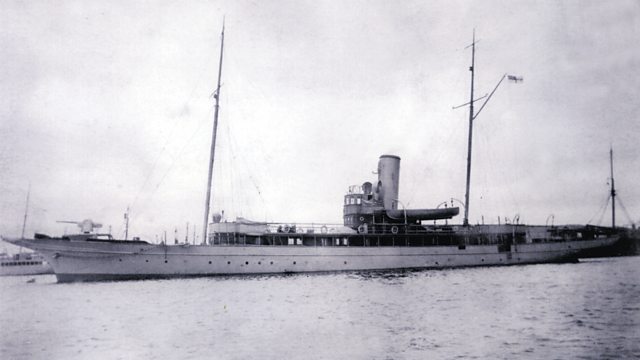 In the early hours of January 1 1919, the Iolaire, a naval yacht carrying serviceman home, ran aground in sight of Stornoway in the Outer Hebrides. Today the loss is remembered.

In the early hours of January 1st 1919 the Iolaire, a naval yacht carrying servicemen home, ran aground within sight of Stornoway Harbour in the Outer Hebrides. On board were 280 men, and by dawn 201 had perished. The island of Lewis was devastated by the loss.

'Future generations will speak of it as the blackest day in the history of the island.' William Grant, founder of the Stornoway Gazette January 1919

One hundred years after the tragedy, musician Anna Murray looks at the impact it had on the community and the way in which artists have responded to the event. For many years it was hardly spoken about, and a veil of silence lay over the island. Today she discovers that art has played its part in helping heal the deep wounds created by one of the worst peacetime maritime disasters in the British Isles.

image credit: image supplied by Acair of HMY Iolaire, photo supplied to Acair by author Malcolm MacDonald for The Darkest Dawn.
Thanks