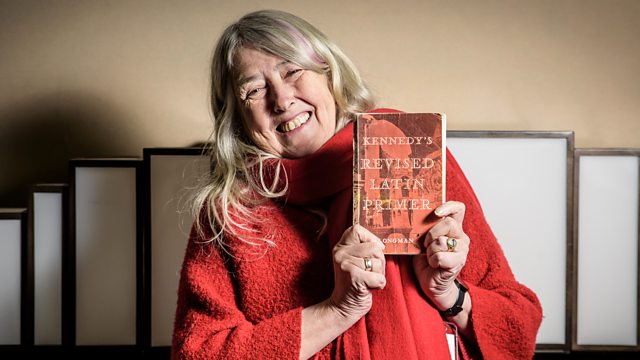 Mary Beard tells of two Victorian sisters who wrote an iconic Latin text-book, and the abuse of clever women, then and now, accompanied by a Chorus of Women and a Chorus of Trolls.

Accompanied by a Women's Duet and a Chorus of Trolls, Mary Beard uncovers the deliberately concealed story of two Victorian sisters who wrote an iconic Latin text-book, setting it against the ugly 19th and early 20th century opposition to women’s Higher Education and the abuse of clever women today

Kennedy’s Revised Latin Primer was the iconic text-book when learning Latin was essential to becoming a gentleman. Its author was always assumed to be Cambridge professor, Benjamin Hall Kennedy

Mary Beard uncovers the truth: that Kennedy’s unmarried daughters, Marion and Julia, largely wrote it. She draws on archives confirming their role in writing the "memory verses" used for learning grammar and often sung to hymn-tunes. These are sung by a Women's Duet

Against their story, Mary sets the long history of the opposition to women acquiring degrees – riots and banners but also toxic “light verse” published in student magazines. These are sung by a Chorus of Trolls

Did this intimidating atmosphere cause Marion and Julia to work anonymously? Mary draws parallels with contemporary trolling of clever women. Its language is unbroadcastable, so Mary has had it translated into Latin, which the Trolls sing

In a harmonious finale, the men and women sing about Latin nouns common both to male and female - hoping for a time when the "gender wars" are no more