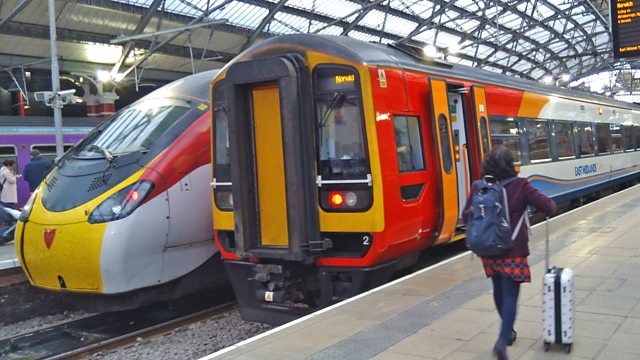 Matthew Gwyther asks what's next for the UK's rail industry after a turbulent year. He tries out Italy's free-market high speed private train service and speaks to experts at home.

It’s been a challenging year on Britain’s railways with timetable chaos, over-running engineering works, cancelled trains and irate passengers, not to mention a private operator handing back control to the government. The transport secretary, Chris Grayling has announced yet another review of the industry. Meanwhile, Labour and many of the public want to see rail re-nationalised. Rail professionals point to the industry’s successes – a doubling in passenger numbers since privatisation, and a current strong safety record. But the government says the rail industry hasn’t kept pace with customer demand. So is there another way? Matthew Gwyther goes to Italy to experience their take on free competition on their high speed lines. He also speaks to rail experts at home – all searching for answers.