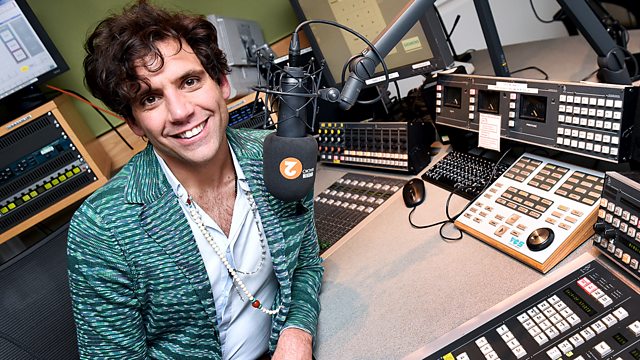 Mika: The Art of Song

Mika plays some of his favourite tracks from the most iconic songwriters of all time. Plus he chats to Olly Alexander from Years & Years about his process for writing songs.

Mika plays some of his favourite tracks from the most iconic songwriters of all time and shares his own stories on why these tracks mean so much to him. He also chats to singer-songwriter Olly Alexander from the group Years & Years about his songwriting process and how he writes hit songs that are successful around the world. The group's latest album 'Palo Santo' follows their much-celebrated debut album Communion which was the fastest-selling record of the year. It reached the Top Spot in the UK Charts and went on to sell over 1.7 million copies. It also generated over 1.7 billion streams & 500 million video views online. Their debut album also featured 4 UK platinum singles; ‘King’, ‘Shine’, ‘Desire’ and ‘Eyes Shut’. Years and Years have also picked up 5 BRIT nominations and ended a phenomenal tour with a sold out date at Wembley Arena.

Mika is a BRIT Award-winning, Grammy nominated, multi-platinum selling artist whose debut album 'Life in Cartoon Motion' sold over 7 million copies worldwide. He's since gone on to release three more studio albums and work as a judge on The X Factor Italy and as a coach on The Voice: la plus belle voix in France.

See all episodes from Mika: The Art of Song