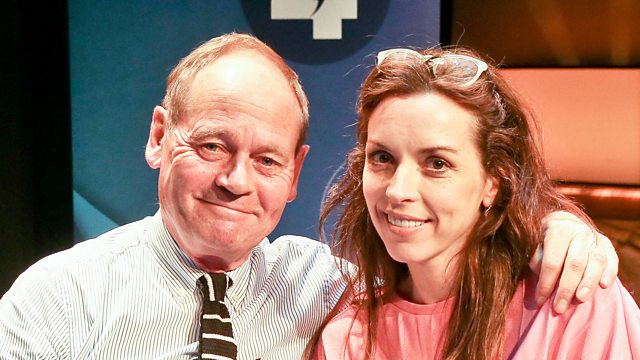 John Lloyd invites former curators Sally Phillips, Lee Mack, Jo Brand and Jimmy Carr to review the Museum’s exhibits and attempts to squeeze one fresh donation out of each of them.

In this special edition of the Museum, John Lloyd attempts to conduct his first ever annual stock take of all of the 237 exhibits that he has so far gathered from 79 Steering Committee meetings. These include a yeti, a pygmy sloth, the giant hornet of Chang Jiang, a hairy anglerfish, a sheep rolling over a cattle grid, a snail glued to a board, the offspring of a Neanderthal and Homo sapiens, and that’s just some of the animals. He also needs to account for some seemingly impossible exhibits which include a magic mirror in which you can see the masterpiece you will never make, the Big Bang, silence, Epping forest, the Danish concept of Hygge, a single atom of iron and, quite literally, nothing. To help him out, he has invited former curators Sally Phillips, Lee Mack, Jo Brand & Jimmy Carr, and while he’s got them there, he even tries to squeeze a fresh donation out of each of them.

If you want to find out what smell is worth $100,000 Australian dollars more than that of some dirty socks, what chart places Cameron Diaz one place higher than Jimmy Carr, why there is especially nothing particularly special about Ordnance Survey square SE830220, and what’s so good about things that are not so good.

The show was researched by Mike Turner and Emily Jupitus of QI.