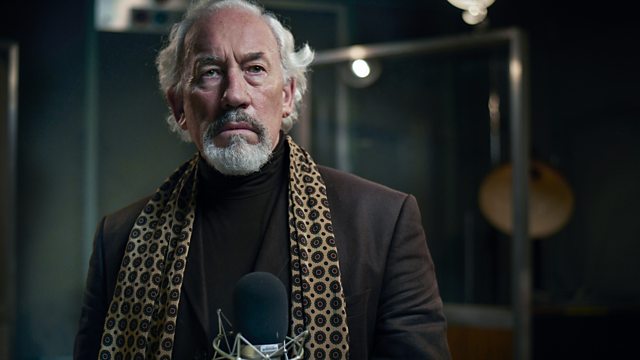 Aubrey Judd, veteran radio presenter of The Dead Room, soon realises that elements of his own past are not as dead and buried as he perhaps hoped.

Mark Gatiss brings the Christmas ghost story tradition back to life with The Dead Room, a chilling new tale for BBC Four. Written and directed by Gatiss, the 30-minute film tells the tale of a long-running radio horror series of the same name. Simon Callow (Victoria & Abdul, Shakespeare in Love, Four Weddings and a Funeral) plays Aubrey Judd, the radio series’ veteran presenter and national treasure, who finds that he must adapt to changing times and tastes. But whatever happened to the classic ghost stories? The good old days?

Aubrey soon discovers that all is not quiet in the eerie radio studio – and that elements of his own past are not as dead and buried as he perhaps hoped. Mark Gatiss says, ‘The Christmas ghost story is a wonderful and vital TV tradition and one which has found its natural place on BBC Four. A Merry Christmas to all of you at home. Pleasant dreams!’