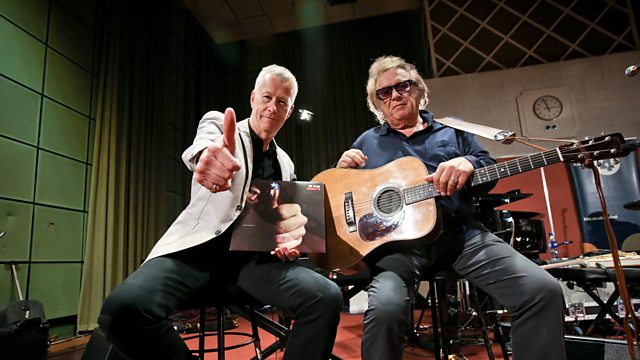 The legendary Don McLean talks to John Wilson about his career-defining album American Pie, released in 1971 and which stayed in the UK Charts for 53 consecutive weeks.

John Wilson talks to leading performers and songwriters about the album that made them or changed them. Recorded in front of a live audience at the BBC's iconic Maida Vale Studios, each edition includes two episodes, with John initially quizzing the artist about the album in question, and then, in the B-side, the audience puts the questions. Both episodes feature exclusive live performances.

24-year old Don McLean’s debut album was rejected by 72 labels before it was released by Mediarts. It was only because that label was taken over by United Artists that his follow-up received the promotion it deserved.

His second album contained: a tribute to a 19th-century Dutch painter, which was cited as a personal inspiration by the late rapper Tupac Shakur; a song that was re-recorded 32 years later by George Michael in protest against the Iraq War; and an eight-and-a-half-minute single that in 2017 was designated an “aural treasure… worthy of preservation as part of America’s patrimony.”