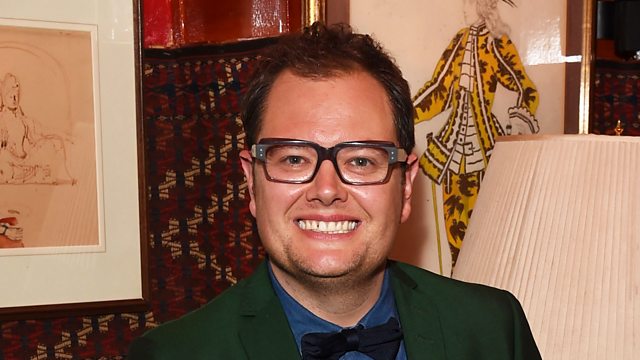 Alan Carr, comedian and chat show host, is known for his love of silliness, dressing up and camp daftness. His stand-up shows have filled arenas, and on TV he co-hosted the Friday Night Project and then his own show - Chatty Man.

Alan was born into a footballing family – his dad, Graham, was a professional player and then a manager. Alan first tried his hand at comedy while reading Theatre Studies at Middlesex University. After he graduated, he took on a range of jobs before his ability to make friends laugh with his stories of working in a call centre in Manchester led him to try stand-up at a local venue. In 2001 he won the City Life Best Newcomer of the Year and the BBC New Comedy Awards.

He and his long term partner Paul were married in January 2018 by Adele - who also organised the wedding, and paid for it.