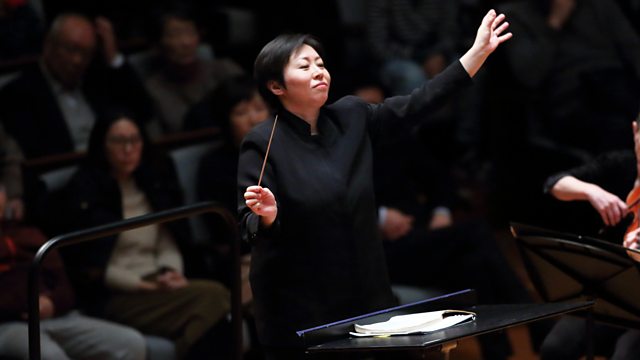 BBC National Orchestra of Wales and their principal guest conductor, Xian Zhang, perform Dvorak's Symphony No 8 in Beijing as part of their ten-day tour of China.

Principal Guest Conductor of the BBC National Orchestra of Wales, Xian Zhang, takes her Orchestra to her native China for a ten-day tour. To kick off the visit, BBC NOW perform two concerts in Beijing’s National Centre for the Performing Arts, from which we will hear a selection from both nights. The concert begins with Rossini's Overture to The Girl in Algiers, his 11th opera though he was still only 21 when it was composed. The second of Huw Watkins’s Three Welsh Songs and the ever-popular overture to Glinka’s Ruslan and Ludmilla follow, and to conclude, Xian Zhang conducts Dvorak's joyful Symphony No 8, full of gorgeous melodies and written to mark the composer’s election into the Bohemian Academy of Science, Literature and Arts.

From the National Centre for the Performing Arts, Beijing.

See all recipes from Dvorak in China