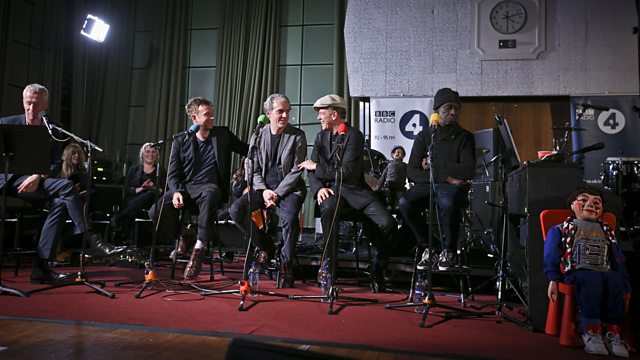 Damon Albarn, Paul Simonon, Tony Allen and Simon Tong respond to audience questions about the album that gave them their name - The Good, The Bad & The Queen.

John Wilson continues with another recording for the series in which leading artists discuss the album that made them or changed them. Recorded in front of a live audience at the BBC's iconic Maida Vale Studios, each edition includes two episodes, with John initially quizzing the artist about the album in question, and then, in the B-side, the audience asks the questions. Both episodes feature exclusive live performances.

Having discussed the making of the 2007 album that gave them their name, "The Good, The Bad & The Queen" in the A-side of the programme, Damon Albarn, Paul Simonon, Tony Allen and Simon Tong responds to questions from the audience and perform live versions of their follow-up album, 2018's "Merrie Land".