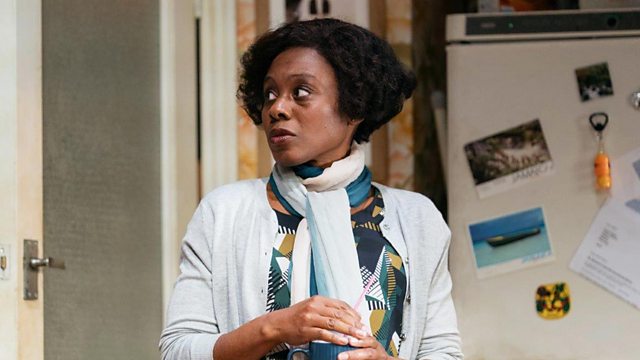 Natasha Gordon talks about her debut play and starring role in Nine Night. Plus posh shops and the business of browsing.

Natasha Gordon is the first black British female playwright to have a play on in the West End. She talks about her role as Lorraine in "Nine Night" which is all about family, food, music and a Jamaican mourning ritual.

Online shopping is being blamed for the lack of footfall on the high street this year but Sue Elliott-Nicholls doesn’t do her shopping from her sofa. She loves nothing more than posh shops and browsing. She loves trying things on but not buying and occasionally quaffing champagne.

After hearing from four grandmothers-to-be recently, many listeners got in touch to say that actually their experience of being a grandma has been very painful. That's because they've been denied contact with their grandchildren. We hear some of their stories as well as from Jane Jackson, founder of the Bristol Grandparents Support Group. What rights do grandparents have and how can broken relationships be repaired?