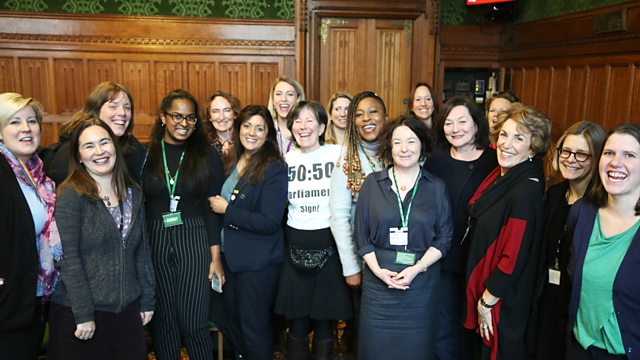 The programme celebrates the centenary of the first UK women voting and standing for parliamentary election.

December 14th is the 100th anniversary of the first time some women, an estimated eight million of them, were eligible to vote. It was also the first time that women were able to stand for election as a Member of Parliament. We’ll be celebrating these milestones in a special programme broadcasting live from Parliament. Jane Garvey will be joined by a panel of current women MPs and by an invited audience of past MPs, Youth Parliamentarians, academics and campaigners for change. We’ll be hearing why our vote matters, what impact women voters and women MPs have on policy that benefits women? How much has changed for MPs since the early days of Nancy Astor, and just when will we see a 50:50 Parliament?

Find out more about the 50:50 Parliament Campaign here.

Who were the 17 women who stood for Parliament in 1918? Find out about them here.