BBC Four
Daredevils and Divas: A Night at the Circus
Main content 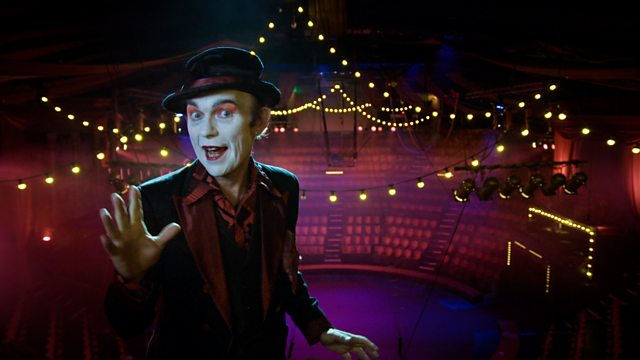 Daredevils and Divas: A Night at the Circus

A film celebrating the 250th anniversary of the modern circus through a series of spectacular live performances, hosted by charismatic compere Doug Francisco.

2018 marks the 250th anniversary of cavalryman Philip Astley’s very first circus, a spectacular horse show on the banks of the River Thames.
Legendary showman Astley’s signature 42-foot circus ring was the perfect size to perform tricks on galloping horses - and it was this innovation that heralded the birth of the modern circus. The circus ring remains the same size to this day.

To celebrate the 250th birthday of modern circus, this film showcases the very best of British circus through a series of lavishly filmed, spectacular live performances, presenting the art form on television as it’s seldom been seen before.

The stunning cast of performers is drawn from circuses across the UK, ranging from the timeless world of traditional circus Zippos to the next generation of contemporary circus students, who are pushing the art form in new directions at the National Centre for Circus Arts.

Other performers include Britain’s only fully inclusive circus, Extraordinary Bodies, the world-famous Gandini Jugglers, Tweedy the Clown of Giffords Circus, Britain’s biggest contemporary circus NoFit State, and two intrepid tightrope walkers from acclaimed circus company Cirque Bijou, attempting the first ever high-wire crossing of the River Wear in Sunderland to the delight of thousands of people lining the banks.

The film also features interviews with the circus performers and intimate behind-the-scenes footage, taking viewers beyond the spectacle to bring this fascinating, almost mythical world to life.

Daredevils and Divas: A Night at the Circus is hosted by the charismatic compere Doug Francisco of the cult circus troupe The Invisible Circus. Doug guides the viewer through the performances with a series of dynamic links, shot in the historic Hippodrome Circus ring in Great Yarmouth.

Daredevils and Divas: A Night at the Circus is a BBC Studios Production for BBC Four. It is produced and directed by Matt David. The Executive Producer for BBC Studios is Phil Dolling. It was commissioned for the BBC by Lamia Dabboussy.

See all clips from Daredevils and Divas: A Night at the Circus (3)