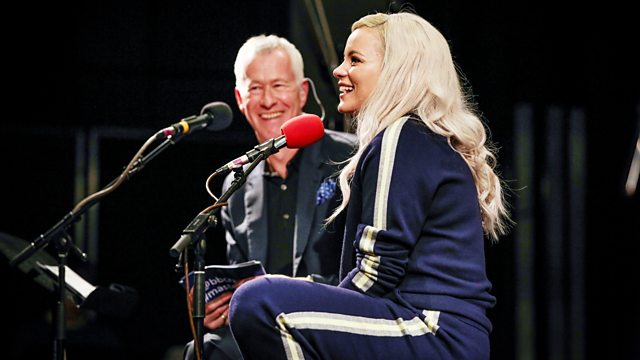 Confessional singer-songwriter Lily Allen talks to John Wilson about No Shame, the album where she rediscovers her sense of self and offers up spikiness, regret and vulnerability.

John Wilson talks to leading performers and songwriters about the album that made them or changed them. Recorded in front of a live audience at the BBC's iconic Maida Vale Studios, each edition includes two episodes, with John initially quizzing the artist about the album in question, and then, in the B-side, the audience puts the questions. Both episodes feature exclusive live performances.

A-side: "No Shame" by Lily Allen

Always conversational in tone and infused with a dark sense of humour, Lily Allen’s lyrics never shies away from the personal – and her most recent album, released in July 2018, is no different. Set against dancehall and reggae influences, the album moved away from her usual witty sarcastic songwriting style and opted for a more "candid" approach. With tracks like ‘Trigger Bang’, ‘Lost My Mind’, ‘Three’ and the album title track, she tackles everything from the breakdown of her marriage and her friendships… to maternal guilt, substance abuse and, as if that’s not enough, social and political issues.