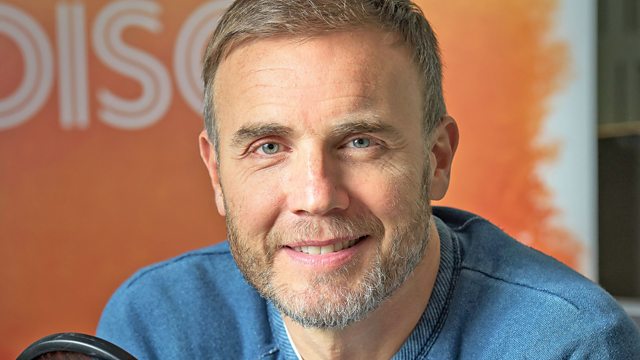 Gary Barlow, musician and Take That front man, is interviewed by Lauren Laverne.

Gary Barlow, musician and Take That lead singer, has written more than a dozen chart-topping songs, and has received six Ivor Novello awards including the award for Outstanding Contribution to British Music.

Born in Cheshire in 1971, his interest in music was sparked at an early age by a child’s keyboard. At the age of 10, he saw Depeche Mode on Top of the Pops, prompting the desire to take to the stage himself. He wrote A Million Love Songs, which later became a Top 10 hit for Take That, in his bedroom when he was 15. By this time he was a regular performer in a Labour club just across the Welsh border, where he cut his teeth playing the organ and singing.

By the time he was 18, he was so good at writing songs that he successfully auditioned for a place in the group which became Take That. They went on to be one of the most successful bands of all time, winning a devoted audience with tracks such as Back For Good, Everything Changes and Pray. When they broke up in early 1996, helplines were set up to assuage their fans’ feelings of loss and grief. In 2005, Take That reformed, with Robbie Williams rejoining them for a spell in 2010, and – in some form or other – the band has kept going and will tour again in 2019.

Gary was put in charge of organising the Queen’s Diamond Jubilee concert and performed at the closing ceremony for the London Olympics in 2012. He was a judge on the X-Factor for three series and his talent show, Let It Shine, was broadcast on BBC One in 2017. Earlier this year he published a second autobiography.