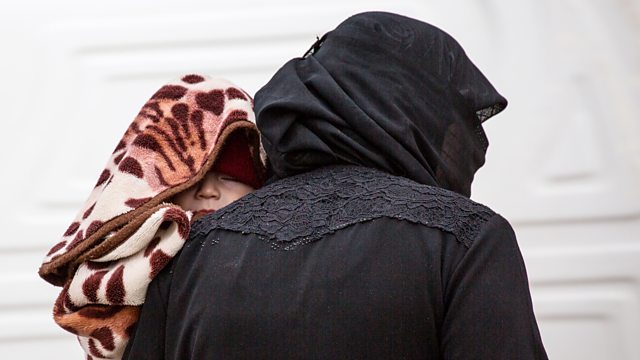 Inside one of Iraq’s secret shelters for the survivors of domestic abuse. Kate Adie introduces stories from correspondents around the world.

At 13 Basma was forced to marry an older man and then repeatedly abused by him and his family. At 16 she was kidnapped and sent to work in a brothel. Then her own family decided to kill her. Now she lives and works in one of Iraq’s secret shelters for survivors of domestic abuse and shares her story with Shaimaa Kahlil.

As South Africa marks the fifth anniversary of Nelson Mandela’s death, Andrew Harding reflects on the role that racial power and politics still play there.

Bethany Bell is in South Tyrol where Italian nationalism is proving surprisingly popular among German speakers in the north of the country.

Fleur MacDonald attends a cinema screening in a Tunisian prison to see how films are being used to challenge the way inmates see the world.

And in Canada, John Kampfner spends an evening in a cold, cavernous warehouse throwing axes at a dart-board like target – for fun.