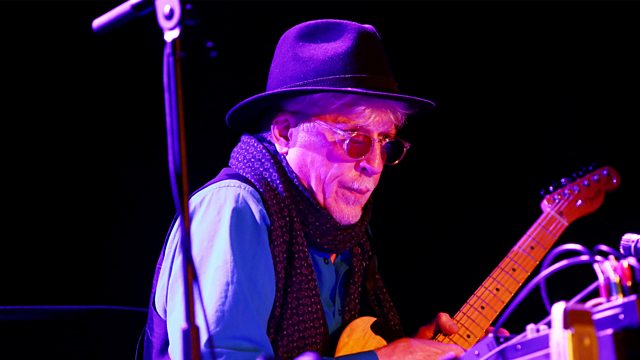 Classically trained in New York, after leaving the conservatory in the early 1970s Chatham became the curator at a music venue in Soho and worked with giants of the scene like Maryanne Amacher, Philip Glass, Meredith Monk, Pauline Oliveros, Steve Reich, Brian Eno and Robert Fripp - to name just a few. Chatham had originally been introduced to electronic music and composition by Morton Subotnick in the late 60s, had studied composition with La Monte Young and played in Tony Conrad’s early group.

He soon became tired of producing other people’s music and after hearing an early concert recording of the Ramones, he was inspired to combine rock instrumentation with the avant garde minimalism he had worked so often with as a producer.

In 1977 Rhys created the seminal composition Guitar Trio, which he described as ‘Tony Conrad meets the Ramones’. Over the past forty years, he’s been working to make use of armies of electric guitars in special tunings, culminating in A Crimson Grail in 2005 - a piece for 400 electric guitars.

Chatham has also been working with various brass configurations since 1982, deploying techniques inherited from the early New York minimalist and 70s loft jazz period. Since 2014, Rhys has been touring a solo program featuring an electric guitar in a Pythagorean tuning trumpets and bass alto and C flutes.

Rhys’ mixtape draws on his background as a curator of 1970s New York avant garde and reflects the inspiration he finds in minimalism and punk rock, as well as classical and jazz, with pieces from Eliane Radigue, Iggy Pop, Pérotin the Great and Don Cherry.

Gaelic pipes from Skye and bagpipes from California