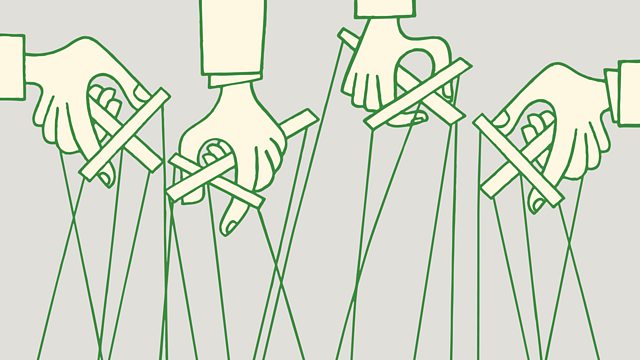 Are we being manipulated?

Who's pulling your strings - from advertisers and peer pressure to political campaigns and self-deception - hidden persuaders are everywhere. Journalist Poppy Noor, historian Sarah Marks, psychologist and magician, Gustav Kuhn, the philosopher, Quassim Cassam and Robert Colvile from the Centre for Policy Studies join Matthew Sweet to track them down. We're all confident that we know our own minds -- but do we? And if we don't, why not?

Quassim Cassam is professor of philosophy at Warwick University. He is the author of Self Knowledge for Humans and his new book, Vices of the Mind will be published next year.
Gustav Kuhn teaches psychology at Goldsmiths College, University of London. His book Experiencing the Impossible : The Science of Magic will be published next year.
Sarah Marks is a post doctoral researcher at Birkbeck College in London where she is one of the team involved in the Hidden Persuaders project.
Poppy Noor is a journalist and contributes to The Guardian newspaper.
Robert Colvile is the director of the Centre for Policy Studies.

Is there a great divide between the arts and science?