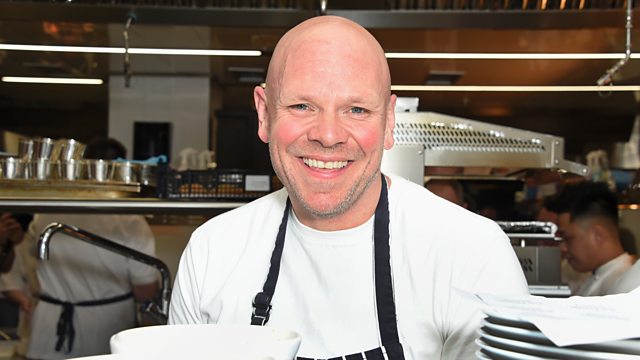 Tom Kerridge is a chef, restaurateur and TV presenter.

Tom made his name with his Buckinghamshire pub The Hand and Flowers, which he opened with his wife in 2005. It is the only British pub with two Michelin stars.

Tom grew up near Gloucester. After his parents divorced when he was 11, his mother took two jobs to support the family, and Tom was often left to cook for himself and his younger brother. As a teenager, he worked as a TV actor, playing small roles in dramas such as Miss Marple.

He entered his first professional kitchen at 18, and immediately fell in love with the world he found, with its constant pressures and rushes of adrenalin. He studied at catering college at the same time.

As well as now running his own pubs and a London restaurant, Tom has presented numerous TV series and is the author of five best-selling cookbooks. More recently, he made headlines with his weight loss. He shed twelve stone after deciding that he needed to change his life as he reached the age of 40.

He is married to the sculptor Beth Cullen-Kerridge.