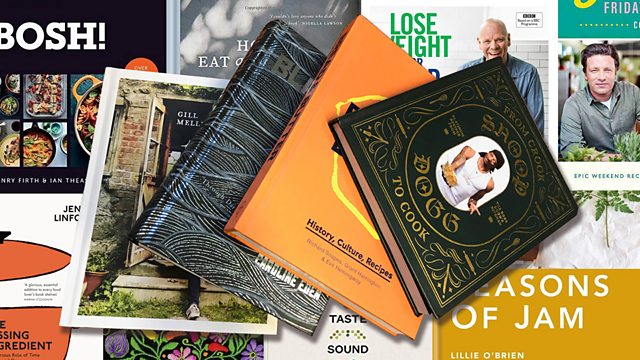 Sheila Dillon is joined by cook and food-writer Chetna Makan, Tom Tivnan from The Bookseller’—the book industry’s bible, and Kate Young who won the Guild of Food Writers Blogger of the Year award in 2017 discuss the cookbooks of 2018. The list includes books by Diana Henry, Caroline Eden, Thom Eagle, Bosh!, Yasmin Khan and Snoop Doggy Dogg. They also discuss the inspiration for writing a book, how the books are produced, and the role social media plays in deciding who gets a book deal and how the books are produced and marketed. Rachel Roddy also gives her favourites of the year.

The Food and Medicine Debate


The Missing Ingredient by Jenny Linford


How to Eat a Peach by Diana Henry


From Crook to Cook by Snoop Doggy Dogg


A Long and Messy Business by Rowley Leigh