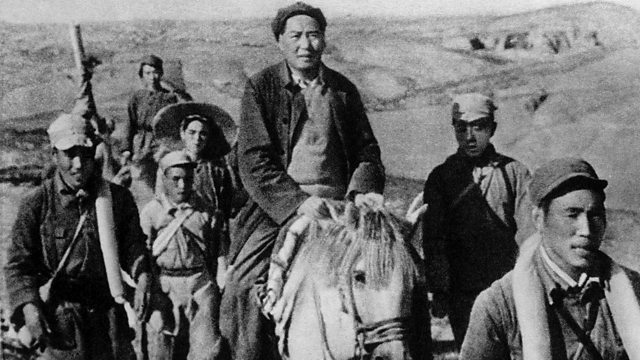 Melvyn Bragg and guests discuss a foundation story for China as it was reshaped under Mao Zedong. In October 1934, around ninety thousand soldiers of the Red Army broke out of a siege in Jiangxi in the south east of the country, hoping to find a place to regroup and rebuild. They were joined by other armies, and this turned into a very long march to the west and then north, covering thousands of miles of harsh and hostile territory, marshes and mountains, pursued by forces of the ruling Kuomintang for a year. Mao Zedong was among the marchers and emerged at the head of them, and he ensured the officially approved history of the Long March would be an inspiration and education for decades to come.

Rana Mitter
Professor of the History and Politics of Modern China and Fellow of St Cross College, University of Oxford

Rana Mitter at the University of Oxford