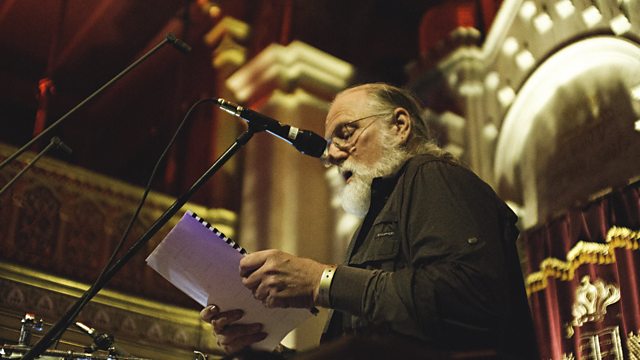 Nick presents Todd Barton’s Music and Poetry for The Kesh and sound artist Lea Bertucci recorded live in a synagogue in Krakow as part of the Unsound Festival 2018.

Nick Luscombe presents live music recorded in a synagogue in Krakow as part of the Unsound Festival 2018. Todd Barton’s Music and Poetry for The Kesh was originally released in 1985 as a cassette tape to accompany Ursula Le Guin’s anthropological fantasy novel Always Coming Home. The novel describes the life and society of an imagined community of people called The Kesh, set in a post-apocalyptic world at an unspecified time. Todd’s soundtrack enigmatically combines poetry and song in the Kesh language with new age analogue synths and borrowed folk traditions. Todd performs with an ensemble of Polish musicians created especially for this performance by Unsound Festival.

Also on the bill was the American sound artist and saxophonist Lea Bertucci. Lea considers the physical space she’s in as a collaborator and talks to Nick before the gig about the sonic properties of the synagogue.

Terry Riley performs in a salt mine 100m underground