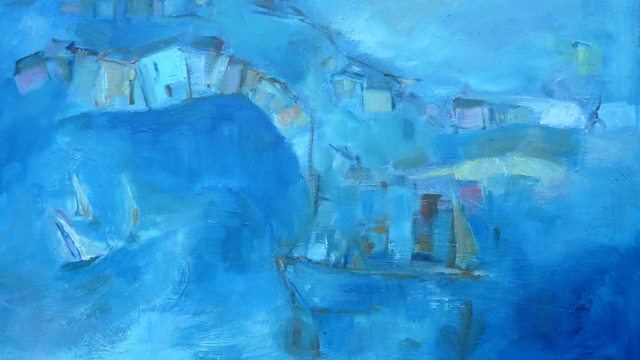 This radiophonic poem by Samantha Wynne-Rhydderch and composer Nina Perry explores the sounds and stories surrounding the flow of milk from west Wales as the land flows seawards.

Poet Samantha Wynne-Rhydderch and composer Nina Perry create a radiophonic poem that explores the sounds and stories surrounding the flow of milk out of west Wales while the Welsh landscape flows into the sea.

We hear the voice of the path itself “The Milk Walk” (Y Wac Laeth in Welsh) the route that both the milk and the Cardiganshire dairy workers took to London during the last century. We meet Mae, a young girl who took the milk train to work in a dairy in London in the 1960’s, and Jac Alun, a sailor from a local farming family who moved to the city to sell milk during the Depression.

These three monologues are interwoven with personal testimony from those who currently live and work on the edge of the land: Jon Meirion Jones (son of Jac Alun); local farmer Steffan Rees; artist Lilwen Lewis; marine biology student Tom Malpas and Nia Wyn Jones from the North Wales Wildlife Trust.

Stories of migration and milk both past and present are woven into a musical soundscape that paints a picture of humming dairy farms, strange underwater worlds where dolphins echo-locate, coral ticks, and where houses are ‘tippling’ into the sea.