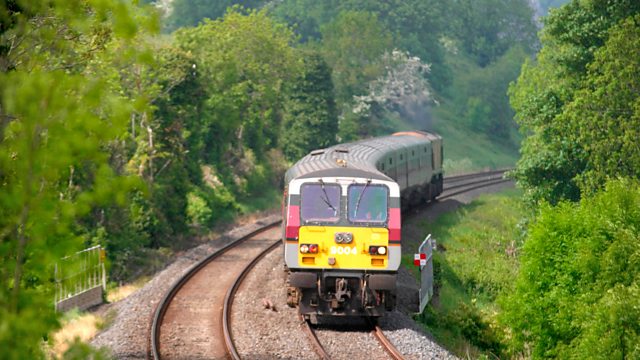 With Brexit coming down the tracks and uncertainty over the future nature of the Irish border, poet Leontia Flynn is travelling on the Belfast to Dublin train and back again

Hundreds of people travel back and forth across the Irish border on the Belfast to Dublin train every day. For work and for pleasure, to explore and come home, to pass unimpeded through what may be about to become the only land frontier between the UK and Europe.

With Brexit coming down the tracks and continued uncertainty about the future nature of the border, poet Leontia Flynn is taking the train between the two cities and back again.

As Leontia's poetry mixes with the stories and voices of the people she meets, she soon discovers many of them are crossing a personal border of their own. The homeless man who takes the train for shelter. The cosplay fanatic who thinks a hard border might spell an end to his cross border comic-book conventions. The elderly woman who uses her time on the train to pray.

As Leontia thinks about her own identity as a Northern Irish poet in an ever shifting political landscape, she's crossing the border by rail, poetry and words.