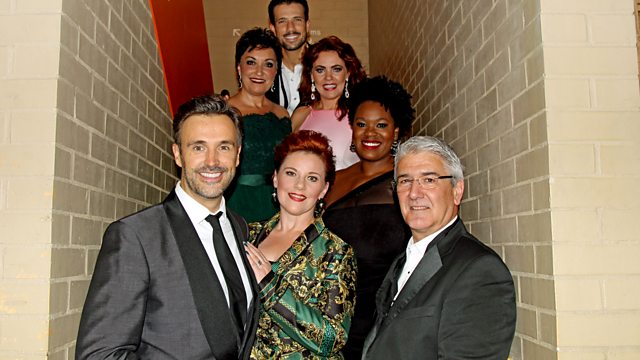 Presented by Ed Balls. No leotard. No Gangnam Style. Just an evening of glorious music from the world of musical theatre illustrated by casts and stars of the West End stage.

There will also be performances from cast members hot-footing from their theatre shows to perform a song or two. Moya Angela from Dreamgirls performs And I'm Telling You; Disney’s Aladdin - Matthew Croke performs Proud of Your Boy by Alan Menken; and the cast of the Royal Shakespeare Company’s production of Matilda the Musical line up to perform the delightful When I Grow Up .

Ria Jones and Danny Mac recreate their roles as Norma Desmond and Joe Gillis from the UK tour of Sunset Boulevard( Lloyd Webber); Rachel Tucker dons the green face paint for Defying Gravity from Wicked and Sophie-Louise Dann dons the twin set and pearls to portray Labour legend Barbara Castle from the David Arnold musical Made in Dagenham. Ed recalls meeting Baroness Castle of Blackburn in 1996. “She was as formidable and scary in private as she was in public. She gave Gordon Brown and myself a right ticking off!”

And if you think the Ed’s love of musicals is just his guilty pleasure during the interval he takes a look at how the world of musicals and politics often collide - with examples from Hamilton, Evita, Stephen Ward, Iolanthe and Annie.

War Horse: The Story In Concert