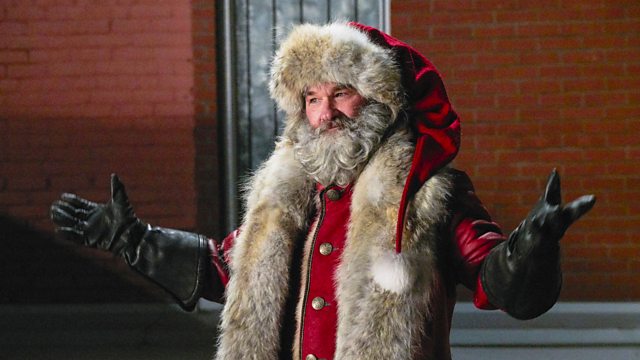 Kurt Russell, whose credits include The Thing, Escape from New York and The Hateful Eight, discusses his new role as Santa Claus in the new Netflix family film The Christmas Chronicles. Russell looks back over his five-decade acting career, including the time he worked with Elvis and Walt Disney as a child actor.

Poet Ruth Fainlight talks about her new collection Somewhere Else Entirely, her first book in eight years and the first since the death of Alan Sillitoe, her husband of 50 years. Several of the works in Fainlight’s collection serve as elegies to him, a meditation on mortality and memory in poetry and prose .

Damien Hirst's latest artwork has been unveiled outside a hospital in Qatar - fourteen large bronze sculptures that graphically chart the journey from conception to birth. Layla Ibrahim Bacha, the Art Specialist for the Qatar Foundation who commissioned the controversial artworks, talks to John Wilson from Doha.

The arts and artificial intelligence

The Christmas Chronicles
is available on Netflix from
22 Nov