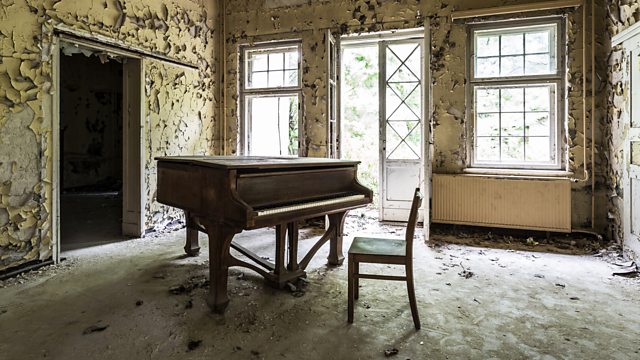 Chekhov's masterpiece in a new version by Katherine Tozer and composer John Chambers. The Gayevs' world is about to be turned upside down as Russia crashes into the 20th century.

Chekhov's celebrated stage play is given a new version by writer/composer duo, Katherine Tozer and John Chambers. Ranyevskya returns to the family estate after five years in Paris to face seemingly insurmountable debts. Local businessman Lopakhin is keen to offer her a way out, but there'll be a price to pay.

Actor and writer Katherine Tozer has acted for the RSC, the Almeida, the Donmar and the Young Vic, in the West End, nationally and internationally in new work by Churchill, Brenton and Wertenbaker, in roles ranging from Phaedra to Blanche du Bois, for which she was nominated for a TMA award. She founded Palimpsest in 2013.

John Chambers is a composer and sound designer. He studied at Trinity College of Music, winning the John Halford, Daryl Runswick, and Chappell composition prizes. For over a decade he has created music for theatre, including writer/director Steven Berkoff's premiere production of Oedipus. Composition highlights include a fanfare for Her Majesty the Queen (Royal Observatory, Greenwich 2007), a fanfare for the Olympic Torch Relay (Trafalgar Square 2008) and High Flight for Baritone Voice and String Quartet (performed by the Finzi Quartet).

The Moors of England

Chekhov gets on social media

Follow Anya's journey on Twitter here, as she travels to Paris in real time to bring her mother home.