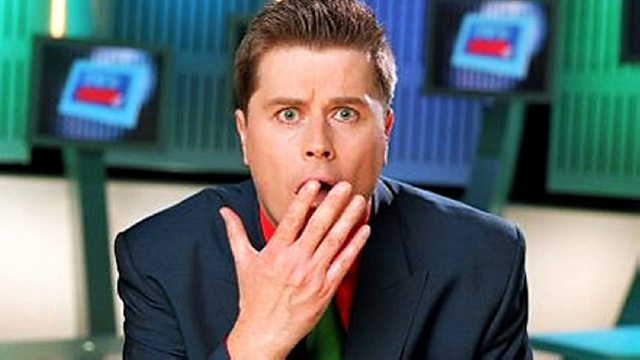 Made for 4 Extra. Steve Penk digs out some of the funniest live radio mistakes and provides listeners with exclusive access to his own collection of material from around the world.

Broadcaster Steve Penk digs out some of the funniest clips of live radio mistakes and provides listeners with exclusive access to his own collection of audio material from around the world.

Radio bloopers have been around for as long as radio itself. They’re mainly endearing and add a humanising element to the radio and to the presenters on it. A blooper is defined as an embarrassing public blunder, but as long as it's someone else's mistake, most of us are quite capable of getting past the embarrassment to enjoy the humour. The immediacy of live-to-air radio is part of its strength, but also very exposing. If there's a slip of the tongue, it's broadcast into the ether moments later, especially in the early days of broadcast radio when almost everything was done live on the air. There have been some celebrated 'bloopers' over the years - from 'colourful' language, to laughing fits, technical glitches to amusing mispronunciations.

This collection includes new interviews with broadcasters Paul Gambaccini, John Waite and Anna Foster recalling their radio nightmares and archive programmes from Jonathan Hewat presenting a compilation of his series Can I Take That Again and Emily Buchanan introducing a blooper reel from A World In Your Ear.