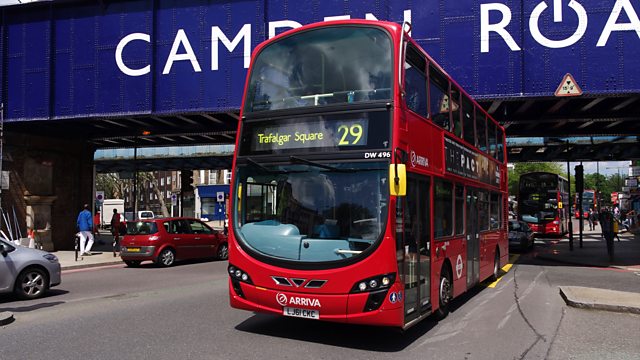 Buses, beer and VR - a taste of university research

A 3,000-year-old Iranian ritual, archaeology on a council estate and London's Greek Cypriot community. Matthew Sweet hops on the 29 bus route and puts on some VR glasses.

A 3,000-year-old Iranian ritual, archaeology on a council estate, and London's Greek Cypriot community: Matthew Sweet hops on the 29 bus route, puts on some VR glasses, and visits the hospital which was home to "the Elephant Man" as he talks to researchers showcasing their projects at the 2018 Being Human Festival.

Petros Karatsareas and Athena Mandis guide Matthew through the moves made by the Greek Cypriot diaspora in London along the 29 bus route.
Carenza Lewis and Ian Waites of the University of Lincoln explain why they've organised an archaeological dig on a 1960s council estate.
Nadia Valman and Karen Crosby are organising a slide projection onto the walls of the Royal London Hospital
Living Zoroastrianism is an exhibition on show at the Brunei Gallery at SOAS (until December 15th) in which Virtual Reality allows visitors to experience a 3,000-year-old ritual from pre-Islamic Iran, stages by Almut Hintze and Anna Sowa
You can find events around the UK in the Being Human Festival of research into the Humanities here https://beinghumanfestival.org/

What kind of history should we write?