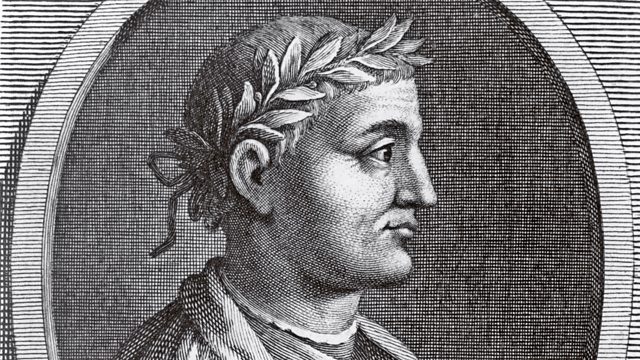 Melvyn Bragg and guests discuss Horace, one of the greatest poets of his age, the origin of phrases such as carpe diem, nil desperandum and dulce et decorum est pro patria mori.

Melvyn Bragg and guests discuss Horace (65-8BC), who flourished under the Emperor Augustus. He was one of the greatest poets of his age and is one of the most quoted of any age. Carpe diem, nil desperandum, nunc est bibendum – that’s Horace. He was the son of a freedman from southern Italy and, thanks to his talent, achieved high status in Rome despite fighting on the losing side in the civil wars. His Odes are widely thought his most enduring works, yet he also wrote his scurrilous Epodes, some philosophical Epistles and broad Satires. He’s influenced poets ever since, including those such as Wilfred Owen who rejected his line: ‘dulce et decorum est pro patria mori’.

Emily Gowers at the University of Cambridge

Ellen O'Gorman at the University of Bristol

William Fitzgerald How to Read a Latin Poem: If You Can’t Read Latin Yet (Oxford University Press, 2013)