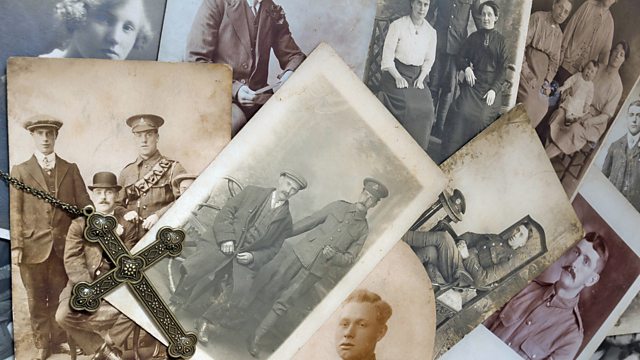 Presented by Andrew McGregor
Live from the Barbican Hall, London

Mark-Anthony Turnage: The Silver Tassie (Libretto by Amanda Holden after the play by Sean O'Casey)

Sean O’Casey’s provocative 1928 play The Silver Tassie pries open the wound of the First World War and peers unblinkingly into its horrifying depths. The futility of war and its painful human cost is conveyed with even greater intensity in Mark-Anthony Turnage’s beautifully crafted operatic adaptation, which explores what happens when young, football-mad Harry comes back from the war in a wheelchair.

An all-star British cast has been assembled including Susan Bickley, Sally Matthews and Louise Alder, with rising young baritone Ashley Riches as Harry, for this long-overdue revival of the opera, premiered in 2000 at ENO.

SYNOPSIS
The Silver Tassie, Turnage’s second acknowledged opera, is on a much larger scale than his first, Greek. Based on the play by Sean O’Casey written in 1927, it is set at the time of the Great War (World War I) and its title, referring to a footballing trophy, comes from a Scottish song text by Robert Burns ‘Go fetch to me a pint o’ wine, an’ fill it in a silver tassie; that I may drink before I go, a service to my bonnie lassie’.
Harry Heegan (23) is a local hero - a soldier on leave from the Great War, and a renowned footballer. An only child, he lives with his parents (both in their 60s), having grown up close to the girl next door, Susie. In the flat above is a volatile young couple, Mrs Foran and her husband Teddy. The other main roles are Harry’s glamorous girlfriend, Jessie, and his best friend, Barney. Triumphant after a footballing success and winning the cup (‘The Silver Tassie’) for his team, he leaves for the front. The second act, a darkly expressionist vision of war, is cast for male voices (boys and men) only. In the second half of the opera, Harry is in a wheelchair, Teddy is blind and Jessie has deserted Harry for Barney. The final act, in which dance music plays almost continuously, brings the tragi-comedy to a poignant and moving conclusion, as Harry and Teddy set off to face the future.