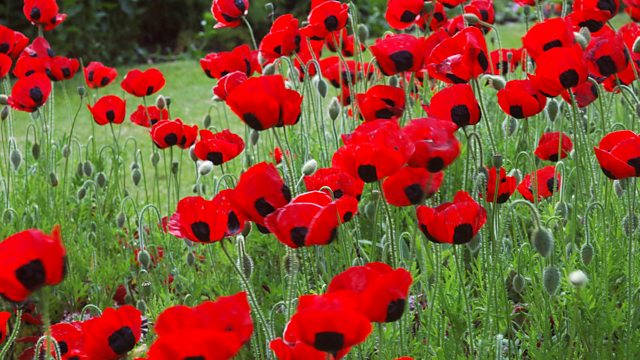 New responses to the tragedy of war

Sofi Jeannin and the BBC Singers present new works by Roderick Williams and Bob Chilcott to mark the 100th anniversary of the end of World World One.

To mark the centenary of the end of World War One, British composers Roderick Williams and Bob Chilcott have created new, and very personal, responses to the tragedy of the First World War.

Recorded at Milton Court in London, the BBC Singers and their Chief Conductor Sofi Jeannin give performances of two brand new choral works commemorating that War to End All Wars.

Like Britten before him, Bob Chilcott has taken his inspiration from Wilfred Owen, whose poem Futility is the starting point for his new work Move him into the sun. Roderick Williams, meanwhile, is best known as one of our most insightful and articulate baritones. Performed by one of the world’s great chamber choirs, his new piece should be a uniquely touching meditation on events that still scar our imagination, a century on.

Bob Chilcott: Move him into the Sun
Roderick Williams: World Without End

See all recipes from New responses to the tragedy of war