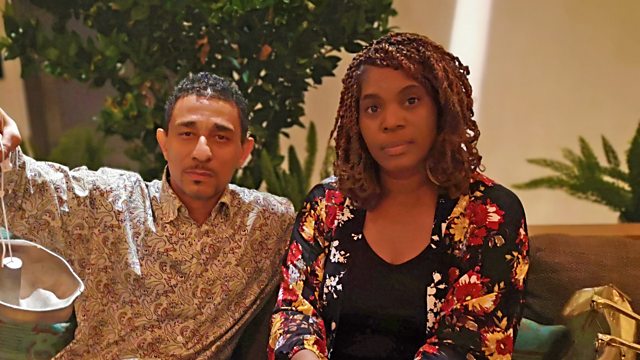 What does climate change sound like? Artist Peter Shenai casts bells from Hurricane Katrina data and asks New Orleanians who lived through the storm to ring each one.

Artist Peter Shenai explores the sounds of climate change. Over the last year, Radio 4 has followed the processes as he has struggled to create an aural experience out of scientific date from Hurricane Katrina.

Working with climate scientists at Imperial College London, Peter investigates how raw weather data might be rendered in 3D for casting. With atmospheric physicist Carlo Corsaro, he homes in on Hurricane Katrina, the giant storm that devastated New Orleans in 2005, reproducing the cone shapes of the hurricane in a series of bells.

In doing so, he draws on the symbolic relationship between bells and climate catastrophe - drawing on the iconography of bells as alarm warnings, as markers of remembrance, sadness or joy, or as alerts to bring us together in community.

Despite setbacks, five bells - each intimately linked to a specific moment in Katrina’s development - are then taken to New Orleans and a number of people who lived through the storm are asked to ring each one. We hear from New Orleanians from all walks of life as they ring these uniquely resonant bells and reflect on what they mean for a city still recovering from a disastrous brush with the first hints of how widespread climate change could eventually affect the world.

Art Beneath the Waves