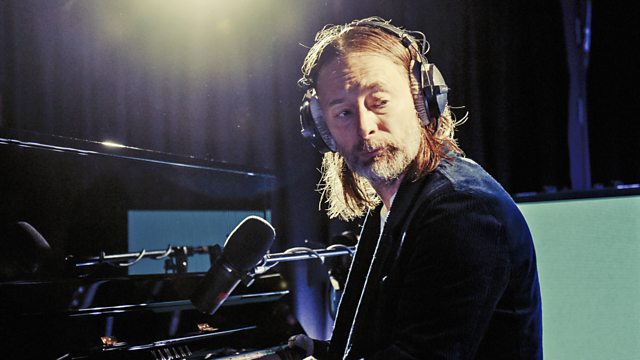 Composer, multi-instrumentalist and Radiohead member Thom Yorke plays 30 minutes of music from across the spectrum.

Yorke made his name in alternative-rock band Radiohead in the 1990s. Their electronic forays became increasingly experimental in the early 2000s, and Yorke has continued to work with electronic textures as a solo artist and collaborator with the likes of Four Tet and Flying Lotus. He composes for film and theatre, and his first feature-film soundtrack is released this autumn.

Yorke’s mixtape reflects his immersion in electronic music across the generations, from Pierre Henry through Aphex Twin to Mars89, as well as his love of experimental vocal techniques, mixing in a classic work by Stockhausen, and krautrockers Faust.

Music of the East Coast, from New York to Miami via Appalachia