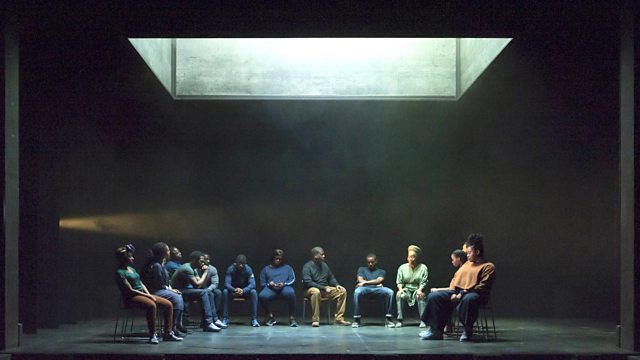 Mike Leigh's film Peterloo is his biggest budget film. 200 years ago mounted yeomanry massacred unarmed protesters in Manchester who had gathered to demand their rights. The story is not often taught in schools and this film aims to increase public awareness of the barbarity and indifference of the authorities.
We're reviewing 2 illustrated story books; Booker Prize winner George Saunders follows up Lincoln In The Bardo with a story apparently written by a fox. Also Posy Simmonds "Cassandra Darke" about love and dark machinations in world of fine art trading.
Gustav Klimt and Egon Schiele were near-contemporaries on the Viennese art scene if the late 1800s. A new exhibition at London's Royal Academy shows a selection of their drawings; erotic, tender, explicit, ethereal, beautiful and intimate
Olivier and BAFTA award-winning playwright debbie tucker green's new play at The Royal Court Theatre in London is ear for eye, described as "a play about protest and the black body in the UK and US today” containing “snapshots of some experiences of protest; violence versus non-violence, direct action versus demonstrations”. Doing Money is a one-off drama for BBC TV about sex trafficking of Eastern European women. The writer Gwyneth Hughes also recently adapted Vanity Fair; the contrast could hardly be greater.
Tom Sutcliffe's guests are Ayesha Hazarika, Liz Jensen and Robert Hanks. The producer is Oliver Jones

Ear For Eye is on at the Royal Court Theatre in London until 24 November
Image:  Stephen Cummiskey

Peterloo is in cinemas now, certificate 12A

Klimt / Schiele is at the Royal Academy of Arts in London until 3 February 2019
Image: Egon Schiele, The Cellist, 1910 - black crayon and watercolour on packing paper, 44.7 x 31.2 cm; The Albertina Museum, Vienna

Fox 8: A Story by George Saunders is published by Bloomsbury
Image: Chloe Aftel

Ayesha recommends Songs You Make At Night by Tunng

Robert recommends Day of the Outlaw