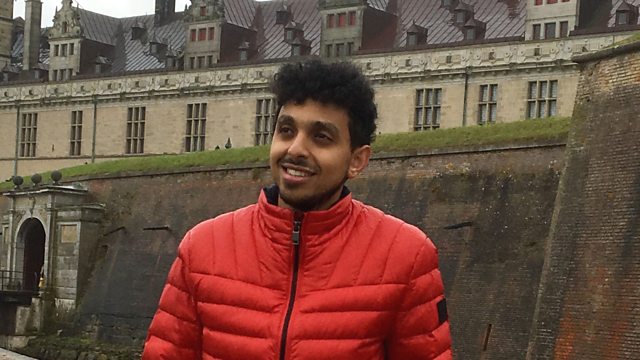 Dr Islam Issa investigates why Bin Laden did not like Shakespeare. Plus Dr Simon Beard poses the dilemma of loving your children, but questioning whether they are a moral mistake.

Is it wrong to have children?
I really love my children but are they the biggest moral mistake I ever made? This is the question posed by moral philosopher Dr Simon Beard. In this Sunday Feature, Simon sets out to explore the moral ramifications of his decision to have two children.

Meeting academics, campaigners and ordinary parents, Simon asks whether having a child is ever the right or wrong thing to do. And, in a world of overpoulation and climate change, do we need to change the way we think about family life?

Do terrorists have a problem with Shakespeare?
Terrorists across the globe have cited Shakespeare as a motivation for their actions, but why do some extremists hate the Bard – and why are others inspired by him?
From Osama bin Laden, whose diaries revealed he visited – and hated – Shakespeare’s birthplace, to Guy Fawkes who held links to Shakespeare and his family, the world’s most famous playwright has been a strange fascination for terrorists over the centuries.
What is it that draws audiences to Shakespeare’s bloodiest plays, in the same way that staged beheadings of Isis draw millions of views on YouTube? And what has led terrorists to attack theatres and actors, like the bombing of a 2005 Qatari performance of Twelfth Night?

Dr Islam Issa begins by attempting to understand the mindset of a terrorist, talking to criminologist Imran Awan. They also explore the human attraction to violent displays in such productions as Titus Andronicus:
…..five times he hath return'd
Bleeding to Rome, bearing his valiant sons
In coffins from the field;
And now at last, laden with horror's spoils,
Returns the good Andronicus to Rome,
Renowned Titus, flourishing in arms.

The show also investigates why Nazi extremists were drawn to Shakespeare’s most iconic characters, as well as Shakespeare’s ominous presence in the Abraham Lincoln assassination.

Dr Issa also visits Stratford-Upon-Avon, meeting Paul Edmondson to discuss how Shakespeare lived through the threat of the UK’s biggest ever terror plot – The Gunpowder Plot.

Shakespeare would have been familiar with the conspirators, and had the plot been carried out, it would have been more devastating than even the 7/7 bombers intended: “Thirty-thousand persons would have perished at a stroke … a spectacle so terrible and terrifying”.

With insight from the critic Ewan Fernie, Dr Issa also investigates why Nazi extremists were drawn to Shakespeare’s most iconic characters, as well as Shakespeare’s ominous presence in the Abraham Lincoln assassination.