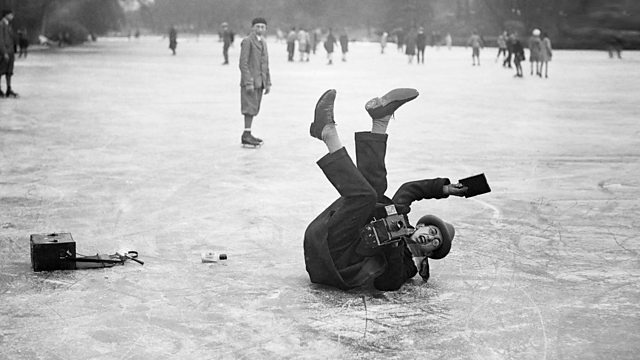 Modern Japanese history - Being inspired by others & enjoying their pain

The memes that make us laugh - have we become meaner or can schadenfreude be a positive thing? Philosophical traditions around the world - can you outline the ideas of Nishida as well as Nietzsche? Is Japan facing a key moment of change in what it means to be Japanese? Julian Baggini, and New Generation Thinkers Tiffany Watt Smith and Christopher Harding join Rana Mitter. Plus "starchitects" - inspirational big names or a symptom of what has gone wrong with architecture? Professor James Stevens Curl and Christine Murray discuss.

Professor James Stevens Curl's most recent book is Making Dystopia: The Strange Rise and Survival of Architectural Barbarism.
Christine Murray is former Editor in Chief of the Architectural Review and Architect's Journal. She is founder of a new magazine The Developer.
Tiffany Watt Smith has written Schadenfraude: The Joy of Another's Misfortune.
You can find her programme about babies laughing here https://bbc.in/2OVRDbh
Julian Baggini's latest book is called How The World Thinks. You can hear him debate identity at the Free Thinking Festival https://bbc.in/2DN2Jok
Christopher Harding's book is called Japan Story. You can find his series of Radio 3 Essays: Dark Blossoms exploring aspects of Japanese cultural history https://bbc.in/2NDfAhU
and tne Free Thinking programme website has a playlist of discussions about Japanese culture https://bbc.in/2A5vnme

New Generation Thinkers is a scheme run by BBC Radio 3 and the Arts and Humanities Research Council to select academics who can turn their research into radio.

The Dark and Political Messages of Kids Fiction