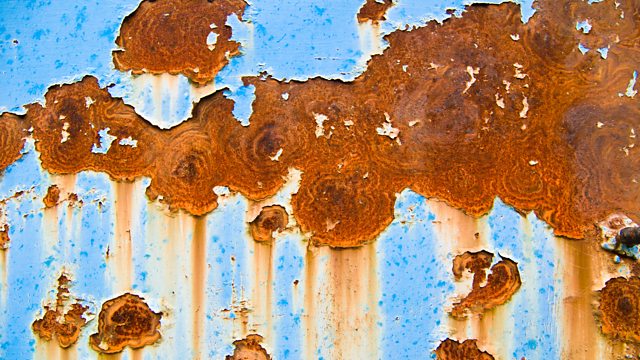 Melvyn Bragg and guests discuss the reactive atoms and molecules, with single unpaired electrons, linked to the process of ageing as well as normal cell functioning

Melvyn Bragg and guests discuss the properties of atoms or molecules with a single unpaired electron, which tend to be more reactive, keen to seize an electron to make it a pair. In the atmosphere, they are linked to reactions such as rusting. Free radicals came to prominence in the 1950s with the discovery that radiation poisoning operates through free radicals, as it splits water molecules and produces a very reactive hydroxyl radical which damages DNA and other molecules in the cell. There is also an argument that free radicals are a byproduct of normal respiration and over time they cause an accumulation of damage that is effectively the process of ageing. For all their negative associations, free radicals play an important role in signalling and are also linked with driving cell division, both cancer and normal cell division, even if they tend to become damaging when there are too many of them.

The Fable of the Bees

Anna Croft at the University of Nottingham

Mike Murphy at the University of Cambridge

Nick Lane, Oxygen: The Molecule that Made the World (Oxford University Press, 2002)