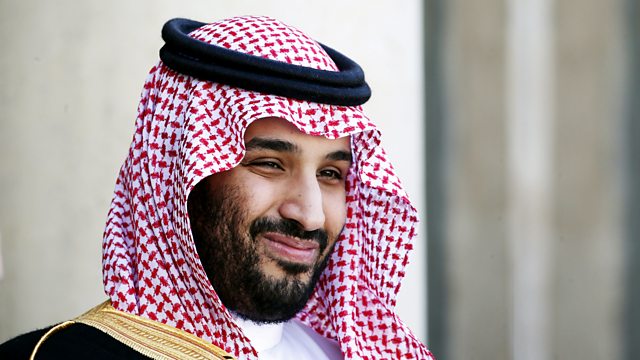 Crown Prince of Saudi Arabia, Mohammed bin Salman, is at the centre of a storm over the murder of Saudi journalist Jamal Khashoggi.

This week the Crown Prince broke his silence and denounced the killing. But with Donald Trump calling it “the worst cover up ever” and Western leaders threatening sanctions, will his path to the Saudi throne be blocked?

Helen Grady finds out how the young prince – now aged 33 – came to power so quickly.

A Washington-based analyst tells us why he’d argue the Crown Prince is a reformer, but not the kind the West thought he’d be.

And we talk to a Middle East expert about whether she thinks the Khashoggi killing has damaged Mohammed bin Salman’s reputation.