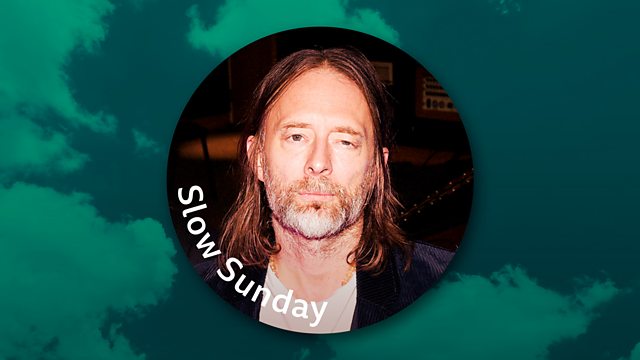 Ahead of Slow Sunday, another chance to hear Radiohead's Thom Yorke present a mix of some favourite atmospheric records. First broadcast on Slow Sunday 28th October 2018.

In anticipation of 6 Music's Slow Sunday and the clocks going back, another chance to hear Radiohead frontman Thom Yorke presenting an hour-long mix, consisting of a selection of his favourite atmospheric records.

First broadcast on Slow Sunday 2018, the show includes a then-unheard Thom Yorke solo track, written for the film Suspiria, but not included on the soundtrack, alongside James Blake, Ryuichi Sakamoto, Szun Waves and many more.