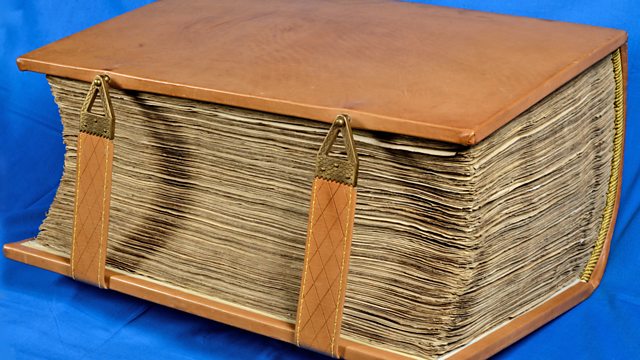 Patrick Barlow on his play The Messiah, Daisy Black on a new medieval mystery play in Stoke plus a giant Northumbrian Bible returned to Britain for the first time in 1300 years.

How do you put the Bible on stage or make a modern medieval mystery play? Shahidha Bari talks to the National Theatre of Brent's Patrick Barlow as his play The Messiah starts at UK tour. New Generation Thinker Daisy Black watches a new medieval mystery play in Stoke. Plus the Anglo-Saxon Kingdoms exhibition at the British Library sees a giant Northumbrian Bible returned to Britain for the first time in 1300 years. And historian Iona Hine discusses her research into how we understand biblical stories and what difference translation makes.

The Messiah by Patrick Barlow, with additional material by John Ramm, Jude Kelly and Julian Hough opens at Birmingham Repertory Theatre 18 Oct 2018 - 27 Oct 18 starring Hugh Dennis, Lesley Garrett and John Marquez. It tours to Cardiff, Sheffield and Chichester and then goes to the London West End.

The Mysteries - newly created dramas by Sam Pritchard and Chris Thorpe have been performed in five different venues across the North of England exploring the impact of different landscapes on communities. All of them can be seen at the Royal Exchange Theatre in Manchester from 25 October–11 November 2018.

Iona Hine researches at the University of Sheffield. https://www.dhi.ac.uk/hine/ Her thesis was called Englishing the Bible in Early Modern Europe.